The Fantasy Semantics of the Mainstream Scientific Community

... Or, How the Dinosaur Became So Old, and other Just-So Stories.

All images and quotes used via the Fair Use Act. 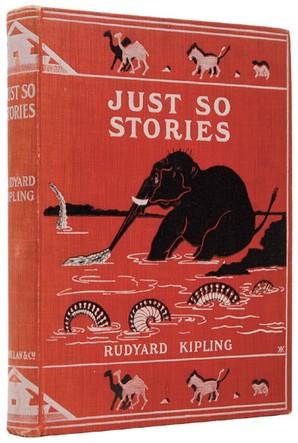 2. The meaning or the interpretation of a word, sentence, or other language form: We're basically agreed; let's not quibble over semantics.


Just-So Stories
The Just So Stories for Little Children are a collection written by the British author Rudyard Kipling. Highly fantasied origin stories, especially for differences among animals, they are among Kipling's best known works. ~ Wikipedia. "How the Elephant Got His Trunk", for example.


You have seen here how the mainstream scientific community generally needs to be dragged kicking and screaming into accepting scientific fact. But worse yet, not only do they refute obvious fact, they enthusiastically feed their own fantasies with illogical semantics.

Let's face it. Most scientists got their stations in life from a diploma gotten by regurgitating information which was merely desirous to hear from professors who were generally not even good enough to succeed outside of the teaching field. This pattern is bound to produce a field of scientists at a lower standard than the generation that proceeded it. There are brilliant rare exceptions, and if you dig deep, you will find that most of the achievers do, actually, believe in God, and some are Creationists.

How often have you heard terms like, "Animals X used camouflage to protect it," or "Animal Y has feature Z because it helps the animal to do A, B &C?"  Remember from the last post that mutation is a random happenstance according to the scientific establishment; mutation never and can never "try" to give a species what it "needs". Mutation it is a chaotic, random process.

There are so many examples of scientists turning a hopelessly confused phrase and undermining the logic of any case to be made that they could - and generally do - fill a host of encyclopedias.

Here are a few examples of the mainstream scientific community telling Just-So Stories. Once you pick up on their confused semantic wordplay, please post an example of such hopelessly confused wordplay in the comments section below this post, which you can do with an anonymous option, if you like. Let's build a - pardon the expression - mammoth treasure trove of astounding casual scientific Just-So Stories!

All following examples are from secular science websites, Click on each for the original source.


"Although both dogs and cats have supracaudal glands on the surface of their tails, the reason for this is unknown."

"Gills are wonderfully well designed, and they have to be because ..."

"As fish grow larger, the relative surface area of their gills has to increase at an exponential rate to compensate for the falling surface area to volume ratio, or they will get less and less oxygen in relative terms."

"For organisms that do it, bioluminescence has many uses, according to the exhibit materials. Fireflies use flash to attract mates ...."

"The arteries in gas bladder fish, therefore, are actually vestigial pulmonary arteries that have been co-opted for new functions."

"The majority of the process is believed to have taken only a few million years, as the first predator to gain true imaging would have touched off an "arms race". Prey animals and competing predators alike would be forced to match or exceed any such capabilities. Hence multiple eye types and subtypes developed in parallel. "

"The higher level of cognition needed to perform these tasks could have led to an increase in brain size."

"In order to survive at night, these animals had to find food in the dark. Some developed a highly-advanced sense of smell or specialized hearing abilities such as echolocation. Others acquired eye adaptations for improved night vision."

"Tender leaf tissues, however, would freeze in winter, so plants must either toughen up and protect their leaves or dispose of them."

(Regarding Prehistoric birds) "That’s because this shape helps create lift..... This kept the leading edge of the feather relatively rigid and better for pitch control. "

Remember, evolution by mutation is a chaotic - random - process. By mainstream science's own collective definition, Mutation does not "try" to "help" anything. It's random. But you would never know it when reading essentially every science article that's ever been written in the last 30 years.

"Because", "Helps" "Needed" "The Reason For"  "Had To" "In Order To". Every one of these turns of phrase and hundreds of thousands more at critical points in explanations demand an intelligence either of a Creator, or in the animals themselves to re-design themselves according to a need it could never understand even if had the power to transform itself. Every time any article makes a remark in this fashion while denying a Creator, it is espousing a fairy tale no better, though much more high-tech sounding, than Kipling's 1902 Just-So Stories.

The pathetic fact is our current scientific culture is steeped in fairy tales made seemingly plausible by accepted semantic shortcuts which, in the final analysis, lead to nowhere. These people are not helping humanity. They are spending billions of real dollars which could go to the needy but instead are being spent by the mainstream scientific community so they can live out their child-like fantasies about animals, as their eyes, in a shocking display of arrested development, sparkle at the "marvel" of it all.

Since evolution by mutation is a random process, animals do not have anything "because" unless God's hand is in the works.

Read just about any science article about the development of man or current unusual living creatures today and you will find yourself hip-deep in implications of a guiding intelligence helping the animals "because it needed this" or "they use that" as a primary aspect of survival".

So until they phrase their casual statements differently, I agree with implied statements of virtually every mainstream science writer:  life in earth was Created, presumably by God. Surely, in their obvious confusion,  that is what the mainstream science community is implying thousands of times a day, whether they realize it or not.

Triceratops and T-Rex square off, trying desperately to illustrate mainstream science's demand that they be endothermic and ecdothermic at the same time in ways which preclude one from the other, painted about the same time that Kipling wrote Just-So stories. The difference between Kipling and mainstream science is that in 1902 Kipling stopped writing Just-So Stories.

If you like what you see and read on CreationDino, please help us continue our work as well as additional installments of the video Behold Now Behemoth by giving a "Christian Payment Offering" for the dollar amount of your choice with the dropdown menu on the Paypal button on the upper right hand side of the screen for what you read and watch on CreationDino. We could really use the help right about now.
Posted by Unknown at 7:17 AM